As part of the MiFID transaction reporting requirements, a common cause of confusion is the use of the special INTC code when reporting trade allocations. National Competent Authorities (NCA) use this code, in their market surveillance, to identify trades that are part of an allocation. If INTC appears in the Buyer or Seller fields of a MiFID Transaction Report, it serves to link an internal allocation to the market-facing trade. 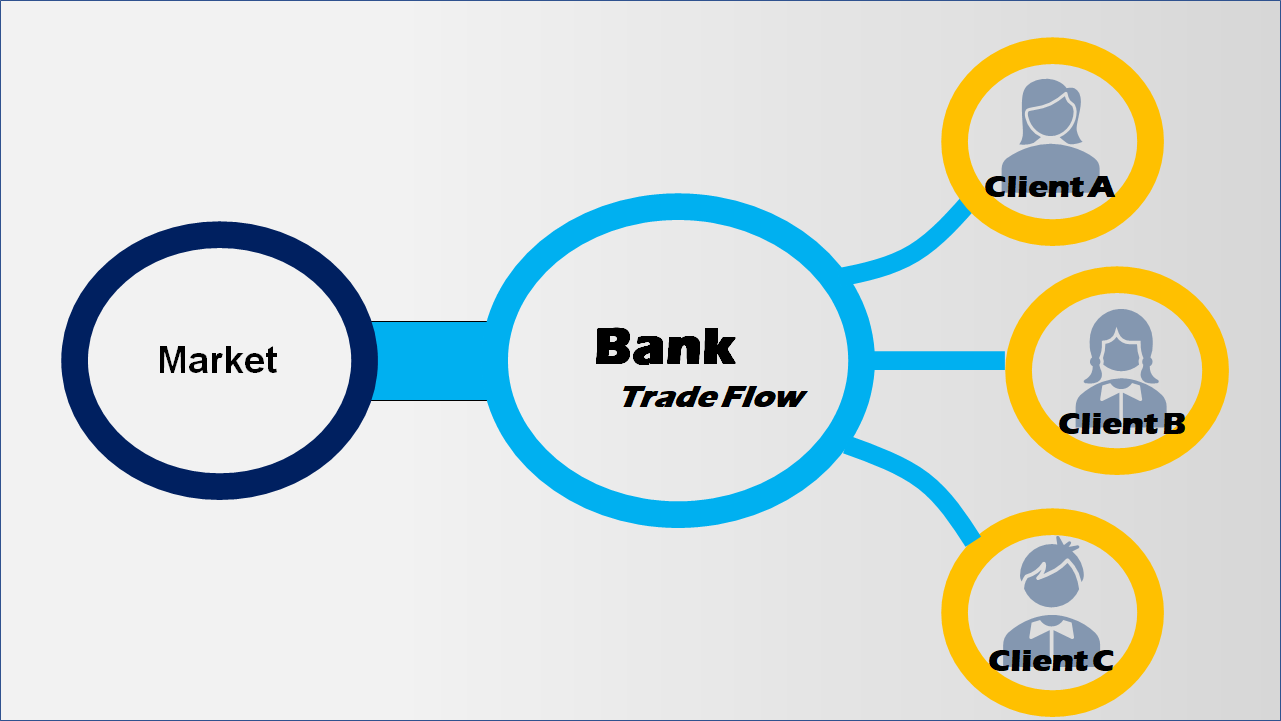 Internal trade allocations can occur when a firm places an order in the market and allocates quantities of the overall order across client accounts.

• At the end of day, the sum of all transactions noted with Buyer or Seller as INTC should sum 0. That is, the account is flat.

• All allocations have the same price (average price of market-facing trade(s)).

• Each market-facing trade must have more than one internal allocation trade. Otherwise, it would be deemed as a straight transfer between two counterparties without the use of the INTC indicator.

• Whilst market-facing trades can have multiple fills, Internal trades are consolidated under one block trade – with the market-facing trade considered as the head of the block. Therefore, it would be unlikely that there would be a duplication of LEIs in the internal allocation as the quantities would be combined for each LEI therefore ensuring only unique LEIs appear in the internal allocations.

The final point can cause issues if a firm has several sub funds under one LEI, the Qomply Report Assurance software highlights this as a warning.

Throughout the trading day, firms should keep a careful watch on the balance in the INTC account. Using INTC as an overnight warehouse is not permitted therefore, at the end of the business day the INTC account should be flat.

Another issue with the INTC system is that it can be difficult to identify which market trades match to which allocations as there is no explicit linkage. Systems must be in place to consolidate all INTC trades to ensure that the INTC account balances. This can be a complex task.

ESMA have recognised that there are problems with the current INTC implementation. Therefore, ESMA have proposed the use of a unique code in the buyer/seller code field instead of the code INTC. If ESMA go forward and introduces this change to the MiFID transaction reporting requirements, this would mean that firms would need to change their systems to generate a unique code and insert this into the relevant buyer/seller fields of the market and allocation trades.

The unique code proposal would simplify the matching of market and allocation trades and hopefully reduce the number of errors around allocations. The multiple LEI issue would remain, but the INTC code change would greatly help operations teams and improve reporting accuracy.

Founded in 2019, Qomply is a RegTech company and our mission is to empower financial firms of all sizes to meet their regulatory transaction reporting requirements (MiFID, EMIR, SFTR, and ASIC) with best-in-class technology solutions that are easy to use at affordable price points. Our award-winning ReportAssure Platform, powered by our proprietary assurance engine, performs one of the most comprehensive arsenals of accuracy checks in the industry, giving customers peace of mind that their transaction reports are as complete and accurate as possible. And by offering affordable, modular subscriptions, we enable financial firms of all sizes to benefit from high-quality, regulatory reporting technology.