The Qomply team is delighted to announce that our Managing Director and Co-founder, Michelle Zak has been awarded ‘Startup Professional of the Year’ at the Women in Technology and Data Awards 2022, hosted by Waters Technology.

Qomply was founded in 2019 when co-founders and then co-workers Michelle Zak and Stuart Hartley identified a gap in the market caused by the recent introduction of a complex body of regulations known as MiFID. Michelle and Stuart started Qomply to provide technology solutions to small and mid size financial firms – those hit hardest by regulations.

Qomply's ReportAssure Platform, powered by its proprietary assurance engine, performs a sophisticated matrix of rules and accuracy checks for transaction reports across various reporting regimes such as MiFID, SFTR, EMIR and ASIC. By delivering one of the most comprehensive arsenals of accuracy checks in the industry, Qomply gives its customers real peace of mind that their reports are as complete and accurate as possible.

“With so many outstanding startups across the industry, it is indeed an honour to be recognised. The fact that collectively the Qomply team have been recognised with awards such as these is testimony to not only the relevancy of the solution we produce, but also the high calibre of people that comprise the Qomply team. I am extremely proud to be part of a team of celebrated professionals that have produced one of the most accurate and comprehensive regulatory reporting solutions on the market,” she said.

Other award winners come from companies including Bloomberg, Nasdaq, Bank of England, Bank of America and Morgan Stanley, and more. The full list of winners can be viewed here.

Read More About Michelle and Qomply... 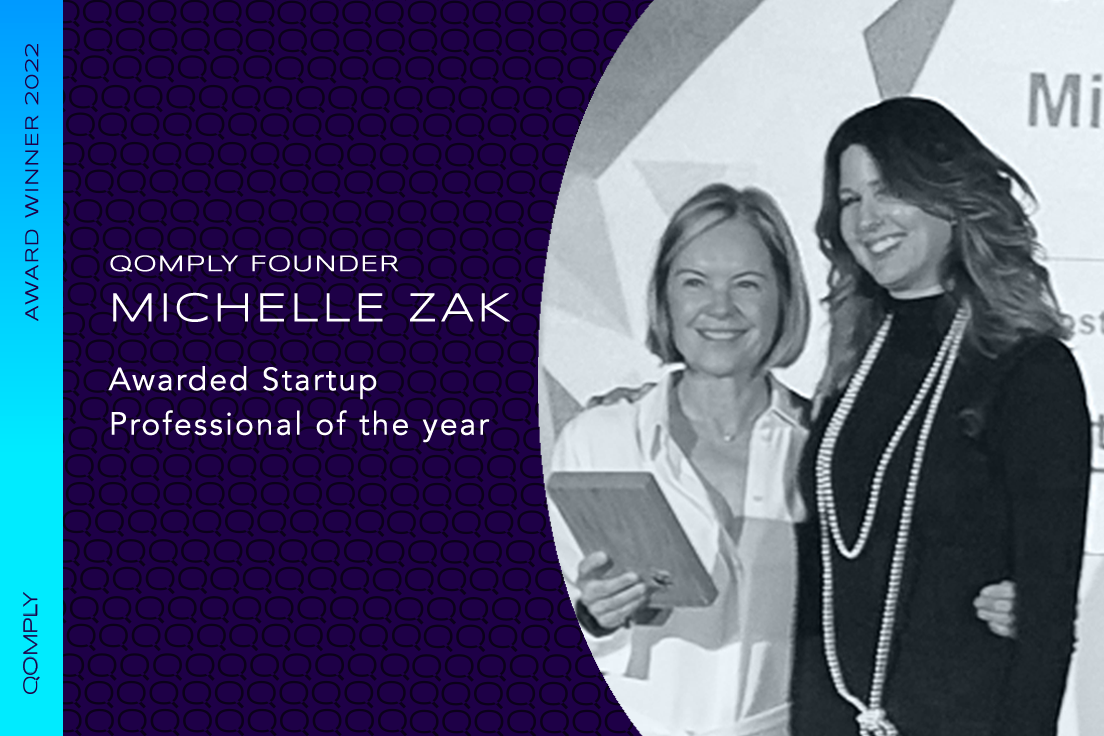 Founded in 2019, Qomply is a RegTech company and our mission is to empower financial firms of all sizes to meet their regulatory transaction reporting requirements (MiFID, EMIR, SFTR, and ASIC) with best-in-class technology solutions that are easy to use at affordable price points. Qomply’s award-winning ReportAssure Platform, powered by our proprietary assurance engine, performs one of the most comprehensive arsenals of accuracy checks in the industry, giving customers peace of mind that their transaction reports are as complete and accurate as possible. And by offering affordable, modular subscriptions, Qomply enables financial firms of all sizes to benefit from high-quality, regulatory reporting technology.