FCA and ESMA to Launch Changes on 1st January 2021

As full Brexit approaches, irrespective of there being a deal, there will be changes to the way that Financial Services firms use the data supplied by the National Competent Authorities and ESMA.

Since the beginning of the MIFID2 regime in January 2018, European Securities and Markets Authority (ESMA) have provided data on the instruments traded on EU trading venues via the Financial Instrument Reference Data System (ESMA FIRDS). This is the golden source of reference data and provides firms with enough information to decide if an instrument is reportable through MIFID transaction reporting. After a shaky start, the downloading of data files from ESMA FIRDS has become an integral part of a firm’s transaction reporting processes.

A consequence of the UK leaving the Brexit Transition Period on 1 January 2021, ESMA FIRDS will no longer provide data for UK-based trading venues. This leaves an information gap. Fortunately, the FCA has committed to providing the same instrument data for UK based venues. This FCA FIRDS has been available for testing for some time now and provides data in a similar format to ESMA FIRDS. This leaves firms having to source data from two separate entities if they operate in both the UK and EU.

Unfortunately, come the cross over date, there will be some necessary changes to the data held in both ESMA FIRDS and FCA FIRDS. On 1 January 2021, all ESMA FIRDS instrument records on UK trading venues will be marked with a termination date of 31 December 2020. As for the FCA, FCA FIRDS will contain instrument records for all active ESMA instruments up to, and including, 31 December 2020, including instruments traded on UK trading venues and instruments traded on EU27 venues but not traded in the UK. The inclusion of this second category of instruments may help with any FCA migration efforts.

As well as these changes, two fields in the instrument data will be updated to reflect the new status of the UK as a third country. The fields affected are the Relevant Competent Authority (RCA) and the Most Relevant Market (MRM). In ESMA FIRDS, the RCA will be changed on instruments where the RCA is currently is FCA and the instrument remains available for trading in the EU. A similar change will be required where the MRM is a UK-based market. The MRM will be updated to an EU market.

On a practical note, as both ESMA FIRDS and FCA FIRDS employ a Full Data File followed by incremental Delta files to provide updates. The changes described above will result in unusually large Delta files on 2 January 2021. These files will take longer than usual to process. According to the FCA, this file will be made available between 2-2.30pm on the 2nd January, 2020. The FCA has stated that the files can contain up to 1 million records. By comparison, ESMA files currently contain up to 500,000 records. Therefore, it is important to note that due to the doubling of records contained in these files, firms obtaining the FCA files will need to ensure they have enough processing resources to manage the larger files.

ESMA has already warned that outages may occur over the days surrounding the year end. Firms should try and plan for these changes, but given the nature of these alterations, reference data teams may have a busy start to the New Year.

At the time of writing, the FCA has not commented about “cancel and amend” trades conducted after Brexit. They stated that they hope to have answer soon. Since the FCA as stated that after Brexit, they will no longer be sharing transaction reports with ESMA, the unanswered question as to retrospective trade amendments hangs in the balance.

Understandably, firms will have questions regarding MiFIR reportability for the UK and EU regions. On 1 January 2020, Qomply will be launching a free MiFID Reportability Checker that enables users to enter an ISIN along with a date. The Checker will return the regions where trades on that ISIN are reportable for that date by querying both the FCA FIRDS and the ESMA FIRDS. 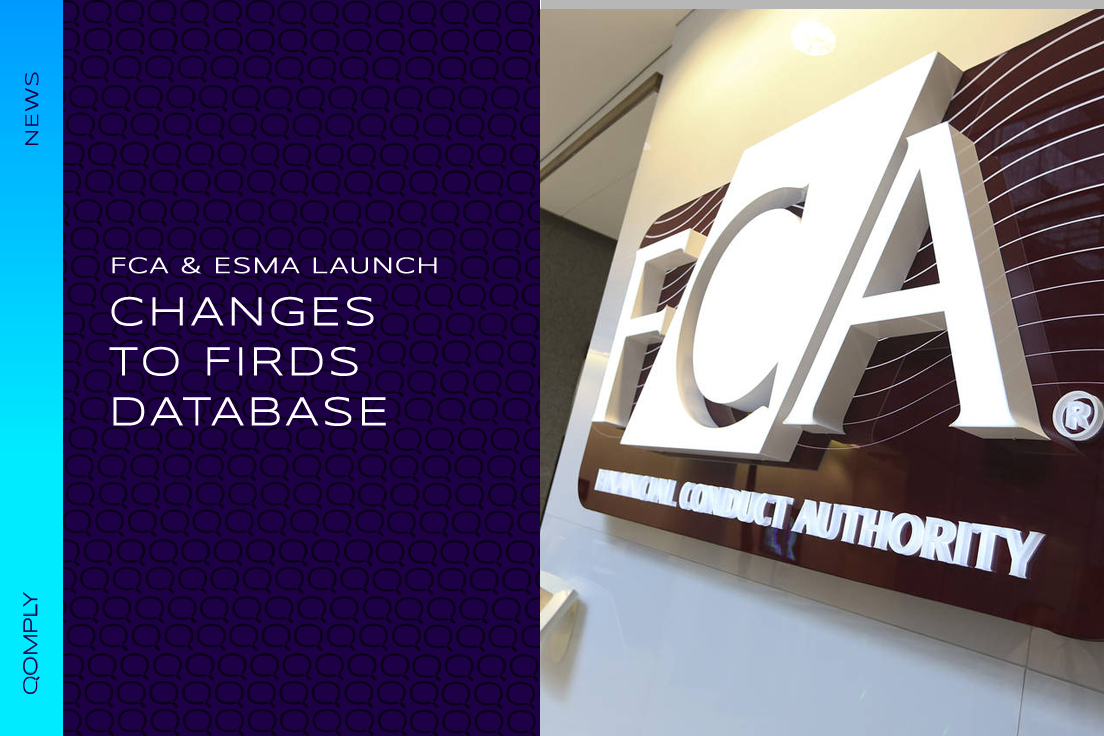